To those who are aware of the hidden truth, today’s world can be a frightening place. The more we develop a relationship with knowledge the more dismal the world seems to be. This message is intended to be one of hope. When we truly understand the psychology of the dark occult we begin to reveal the frightened child behind the curtain. We are the ones with true power, we always have been. It is time for us to remember this fact before it is too late.

A recent public ritual has taken place in Elbert County, GA. A few months have passed since the addition of a new block to the mysterious Georgia Guidestones. This new block was engraved with the inscription 20 14, which led to much conjecture by the alternative news community.

Any public ritual by the dark occult is never to be taken at face value. This is a group that hides their messages behind layers of symbolism. Soon, the rest of the message would be made clear. The new block was later removed to reveal the rest of the message. 20 14 8 16 JAM MM was the entire inscription. A numerological decoding of this block points to two dates: October 22, 2014 and October 24, 2014, framing a Solar Eclipse on October 23, 2014.

Why are the dark occult forces focused on this date? What are they attempting to tell us? The revelation of their plans is a necessary part of the ritual in order for them to avoid the Karmic consequences. It is my feeling that a major public event will take place between October 22 and October 24. Do not fall for the distraction. The astrological significance of this eclipse is empowering to the people, this is what they are afraid of.

To understand the true meaning of astrological events we must first understand ourselves. The external reality which we experience is a collective composite of the individual psyche. Oneness is an expression that is often used to define this psychic composition, however, without true understanding this term loses significance and falls into the category of talismanic expressions hiding the true nature of ourselves and reality.

The struggles we face in the external world are lessons projected by the subconscious mind in order to bring balance to our world. We are the world and the world is us, the only separation that exists is created by an unbalanced ego consciousness attempting to rule the psyche rather than accept its role as a servant to it. This imbalance is the true root of evil. Evil is simply an ignorance or refusal of universal truth, an attempt to conquer the world rather than harmonize with it.

This is the world where shadow is born. The shadow projection of our own inner darkness controls our external reality. This shadow archetype rules nearly every facet of our world through the misappropriation of Occult Knowledge. The world is its stage and it is putting on quite the performance.

Even a basic understanding of the occult will uncover the deep reverence given to astrology as well as ritual. Nearly every action taken by the dark occult/shadow archetype is carefully organized through numerology, symbolism, and astrology. This deeper understanding into the archetypal fields of reality allows the shadow to operate outside of normal perception, yet remains completely visible to those with the eyes to see. It is as if the evil in the world is desperately seeking to reveal itself as a projection so that we may cleanse it from our individual psyche, and this eclipse is here to help.

I will give my summary of this event, but first I want to highlight a few aspects of this eclipse and the pertinent symbolic energy represented by each.

First Decan Scorpio– This eclipse falls in the first decan in the sign of Scorpio. Scorpio is the catabolic cycle of consciousness. It represents death and rebirth. It symbolizes the inner world and the emotional strength to reveal that which is hidden.

The Moon¬- The moon is an aspect of the divine feminine. The moon also represents the inner world, darkness, and intuition.

Venus– Venus is the planet of love, balance and harmony.

The energy of this Eclipse is here to reveal the truth to humanity. The deepest aspects of our beings, represented by the moon, are coming to the forefront. Our fears, shadows and hatreds will be held before us, basked in the love of Venus, and blinded from the defenses of the unbalanced ego, represented by the Sun.

For a few short moments, as the moon shadows the sun in the first decan of Scorpio, humanity will receive the message that our inner fear and ignorance is the only evil that truly exists. Without our fear and ignorance all suffering in this world will end. This is why the Dark Occult is fixated on this date. When humanity learns to embody this truth all need for external control will fade away. 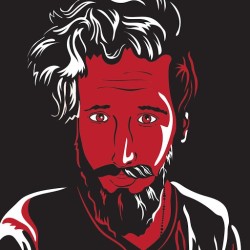 If you are going for most excellent contents like me, simply visit this web site everyday because it gives quality contents, thanks|